Drumming peers from Kenny Aronoff (drummer for John Mellencamp) describes him as “the rock drummer” to Eric Singer of Kiss singing Phil Rudd’s praises “ the heart and soul of AC/DC.”

The Australian drummer played in several Melbourne bands, such as Buster Brown and the Coloured Balls, before joining up with rock giants AC/DC in 1975.

Over the next four years Rudd powered the band to superstardom with his dogged consistency and unshakeable backbeat on classics like “It’s A Long Way To The Top (If You Want To Rock ’N’ Roll)” “T.N.T” and “Dirty Deeds Done Dirt Cheap.” Phil Rudd is an indelible part of AC/DC history.

In 2020 Phil Rudd re-joined AC/DC drumming on the highly critically acclaimed Power Up album which has charted world-wide . 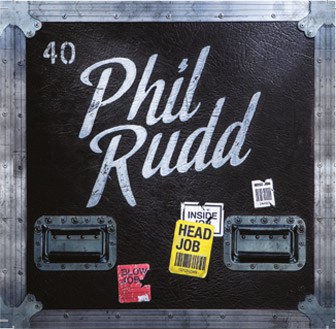 INTERNATIONAL ORDERS can be SUPPLIED NOW by e-mail to : info(at)wave365media.com

Amazon supplies only a limited number of EU countries. 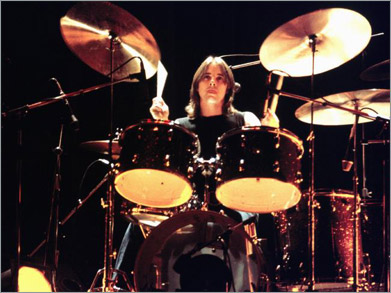 Phil Rudd will be touring UK and Europe throughout 2016 -2017. Watch this space for announcements and register your e-mail for regular news up-dates.